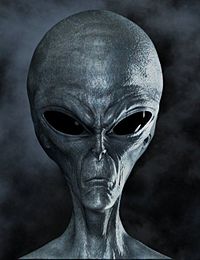 So we have roughly gone over the robotic technology and androids that are being introduced to the general public at this time and the the quantum computers and the claims made by its developers and we've briefly gone over how those two things will inevitably be used in tandem and the possibility of another mind working behind all of this, guiding the technological advancement of humanity with its own agenda in mind. And now I introduce to you another thread of mystery which is reportedly occurring according to UFO/Alien Abduction researcher David Jacobs who has researched this phenomenon thoroughly for at least 3 decades by interviewing and utilizing hypnotherapy upon people who have claimed to be experiencers of alien abduction. And the gathered stories are amazing in there similarity. Now I too am an experiencer and have 1st hand experience with UFOs, sightings almost everyday in fact. Quite a boast I know and spirits as well I will write in detail concerning these events. Those being a white disc and orbs which fly out by the house, but in they also appear at work, or over various bus stops early in the morning and often we see ghosts, to black wraiths, to orange orbs in the house.

Now Dr. Jacobs has in recent interviews, as recent as 6 mos last I saw. (I will post a video with a recent interview following this post.) stated that a new twist has been reported as of late which was never reported by any of the abductees prior. This is the assimilation of human/alien hybrids into human society. These hybrids look human with no apparent physical distinction to be seen. However they do possess superior psychic powers and have the ability to control by will power alone the actions of regular people. Now if this is true coupled with the AI, Androids, and Quantum Computers what we have is an insane situation beyond anything anyone could have ever imagined. Truly horrifying what the final goal could be concerning such a deep dark satanic conspiracy can only be pondered with a shudder.

It just seems to be too much of a coincidence to me that all of these things would occur simultaneously not to be in some sort of synchronization. Once one goal is achieved they will all be achieved roughly at about the same time to what end? Who knows? To understand the full endgame we must understand the Ego behind it, the "man" behind the curtain. And so we must ask ourselves "what are "greys" exactly"? Having my own personal experience with disembodied entities and UFOs, not just once or twice, but ongoing to this very day I feel I have a small insight into them. Now what we have to understand here is that "greys" are but one form of whatever these things are, there are also reported Mantid looking beings who seem to control the entire movement on board the vehicle as if the smaller greys are robotic, or stranger yet, mental projections from the higher leveled beings which are so potent they can even become solid.  I believe they are aethyric at least here on this level of reality with the capability to become aethyric or solid as need be. They seem psycho-spiritual as well. It's as if they come forth out of the energetic field of Mind from which all individual appearances of ego/self arise from. Perhaps they are the disembodied dead made into aethyric servants of some demonic power which through the use of superior Mental capabilities, cloning, and intervention in human society through other human minds leading them to invention of machines which can be used as vehicles in materia to do whatever it is they do, like feeding on human negative response to invasive and routine "experimentation". Perhaps the hybrids are being created as a means of policing society in some soon-to-be future time when the Beast system raises its head from below the sea of the human superconscious mind and into material reality to feed and control? It is hard to say but it sure seems like this is whole or part of assimilated forces that seek the annihilation of fallen man.
Posted by Apocalypse Devotee at 4:50 AM No comments: