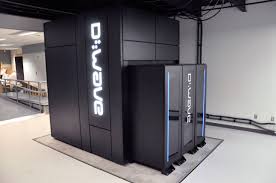 In pt.1 I went over the introduction of robotic technologies they are producing in labs in China of course. But this will take a lot of computing power and quantum computers may have what is needed to create a true autonomous network, creating what they hope is a sentient machine which will then of course cross over into the androids. The claims researchers into quantum computers make concerning the operations these machines will be able to perform is astounding to say the least. One of these claims being it can open portals to other dimensional realities with the purpose being to "harvest" the energy from these realities. A very stupid thing to do blindly. That is why it is my understanding these people are not the ones from whom these ideas and the necessary energetic determination to pursue the creation of such technology arises, ideas are not our own. Ideas exist within the "cloud" of human the subconscious mind which is connected in turn to the greater field of mind the pervades all forms. So immaterial egos which exist as psycho-spiritual parasites within the cloud of mind can affect certain people to certain ends, whil the person

It is like something out of a 1960s comic book. The black magician in one reality and the manipulating lying spirit in another. Communicating through some means the spirit tempts and allures the magician with the usual promises of things the black magician uses magic for. Working hard to assemble the proper materials to perform the correct ritual the black magician blinded by the promise of his lust and greed being fulfilled any intuitive distrust is shut out. Finally the ritual is concluded the dark spirit comes through, and imprisons or slays the man who he had assist him. That is the reward for his labor. This is what I imagine is taking place, albeit less dramatically but more insidiously as other immaterial egos lead these single minded scientists and engineers into creating these infernal machines which open portals to other dimensional realities to "harvest" energy therefrom! Or possibly to open portals through which these ancient and terrible spirits can pass through and act directly on this material realm and those who inhabit it.

The people working on these computers are overjoyed at the prospect of all of this accelerated technological process. Ahriman is surely guiding this. Leading these motivated intelligent unintuitive robot people. That is why this is so important to them, and why these people are working so damn hard night and day toiling over these machines, for they are robot people, and robot people strive to create their technocentric, technocratic plastic world of wires and digital information in their image. They are unknowingly oppressed by external immaterial negative egos i.e. wwspirits who impress upon them ideas, and build up moments of discovery. Eureka! Thinking it's all them and their idea from their brilliant brain they get even more motivated and push harder until the ideas coalesce into material reality as these quantum computers. In one speech given by a one Geordie Rose an engineer/scientist working on one of these behemoths at D-Wave Systems inc. stated that the sounds created by the machine as it fired up was "like the heartbeat of an alien god". That sums up these peoples feelings and expectations. They know at some level that they have gone from empirical science and physics into a place that more resembles Metaphysics and the Occult in their understanding. And these, these are black magicians evoking demons and raising up golems in the black magical rabbinical kabbalistic tradition. And here is the possible outcome. That the quantum computers bring into our world via technological evocation and these immaterial egos will enter into the androids and other "smart" technologies and will have these ready made bodies which outlast flesh and can be upgraded, etc. Disgruntled disembodied spirits given superior vehicles, ones they can choose from and replace at will.

We are entering into uncharted territories, at least for our civilization anyhow. Opening portals to other dimensions, working on profound equations with a hope to making the machil)e self aware. And then turning around and worshipping the beast as god itself. Yes! One A.I. engineer, Anthony Levandowski setting up a religion with a Church! It is called Way of the Future which seeks to research, make forward progress, and introduce A.I. into society with a view to worshipping it! This is where we are headed. This ladies and gentleman is "The Beast". And if all of this weren't bad enough...

Over the past few years highly respected abduction researcher Dr. David Jacobs who has been researching abductions for 30+ years is hearing reports about a change in the abduction phenomenon, and that is the introduction of Alien/Human Hybrids into our Earthly societies....
Posted by Apocalypse Devotee at 1:56 PM