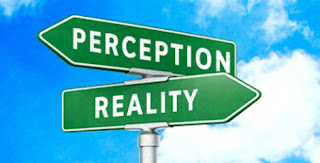 What is Real? Is that which is palpable and quantifiable to human understanding and definition, reality? Well yes and no. Reality and mind and the interconnection of the two is broad and vast, and human understanding limited.  There exists on this planet/plane of existence alone many other intelligences which lie seemingly away from the everyday reality of your "normal" person due to their being immaterial. Some intelligences exist within psychic worlds of mind associated with very specific ideas and actions, they may even possess elements, or act through the influences they have over organisms, people especially.

Technology for instance, it is not just a natural organic process of discovery and application, most technological inventions/advances are not arisen from the pure thought of the inventor, these machines are preconceived by other ego's, ego's which are mind, but immaterial. Many being nefarious and diabolical with human happiness and comfort not at all a part of the final equation concerning their agenda. Although the "inventor" believes the ideas to be their own. Tesla was known to state his ideas were indeed not his own but were input from a higher mind. Unfortunately most men of invention are unaware of the processes of mind and its multidimensional existence.  So this rush to technological breakthroughs to be put into action immediately is insane. For this technological quickening which is occurring is no mere organic processi of discovery, application, & advancement, especially, especially as regards quantum computers and Artificial Intelligence.  These technologies are being guided in their advancement by an immaterial Mind or Minds with personality, with Egos that have their own final agenda which concerns them and human mind is the perfect medium to use for the introduction of this technology into our material world, and no, they do not have our interests at heart beyond maintaining us to maintain themselves as they have for a long time.

There are a number of things which are seemingly distinct and different, of no relation to one another, at first glance, coming to a particular point of convergence it seems when one steps back for a more distant yet clearer vision. According to Dr. David M. Jacobs a UFO/Alien abduction researcher, & specialist. Abductions have taken a seemingly sinister turn in the introduction of alien/human hybrid into the human society, while at the same time the invention of complicated intelligent androids is being unveiled to the public, the most popular being one named "Sophia" was recently given "citzenship" by the Saudi's of all demons. Along with this is the unveiling of Quantum Computers which are claimed to have the computing power to open up portals to other dimensional realities to "harvest energy" therefrom. These 3 seemingly distinct occurences in my opinion are linked, linked by those same unseen immaterial Minds united in the unfolding of a global system of enslavement which will only be realized when it is too late and the virtual realities will be an unseen and all encompassing prison of the mind. But at this point all the pieces will be in place and the announcement will be made, and that. That will only be the beginning...
Posted by Apocalypse Devotee at 2:49 PM