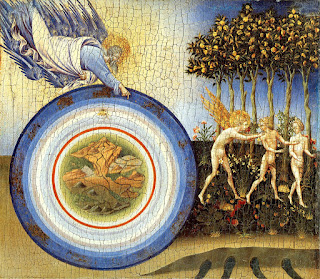 Return to origin on earth and push through to premanifested origin outside of time and space into pure Mind and pure Will. Mind and Will unrestrained.

Even in form Mind is Master. Brain is plastic and can be, and must be kept in order by Mind. Mind is not begot by brain, otherwise mind would serve brain. But brain serves Mind. Mind is Master of matter and brain is matter. Brain is begot by Mind as a means to some end. This is the mystery of life, not where does life come from, but from where does Mind arise? Sentient self observant consciousness? And for what end is consciousness arisen? For that is the motivater of existence. Consciousness gives motion and awareness to matter. All matter therefore is alive in some way and in motion and it seems to me that in some way objects are given a certain life by conscious beings, that is they obtain personality through the filter of personality by being defined. But still what is it? What is this awareness? I have an awareness however limited of Being. How is this awareness of being formed? How is it maintained? Awareness of Being and its translated understanding to ego personality seems to arise in conjunction with an individuals interaction and internalized relation to objects and other beings as touched upon above.

The purification of Self through Realization is in the clarified understanding concerning the True Nature of sense objects in this world of duality and then ultimately ones own True Nature and ultimate purpose of being as well. All may seem chaotic and purposeless, like the Universe is a vast whirling conjunction of random events and occurences. But this like all things within the whirling pool of samsara exist to push the seeker as rare as he or she is in this world and in human society upward, ever upward toward the original being free from entropies stain. However in the process of returning, in the reclamation of original perfection something else is obtained that did not exist before. A New Being is born in the death and rebirth of the of the old person. The twice born, the initiate now transformed inwardly, radiates outwardly in this dance of implosion, Shiva Nataraj!
Posted by Apocalypse Devotee at 7:29 PM